This morning, I read an article about succession planning that was so right and so wrong. 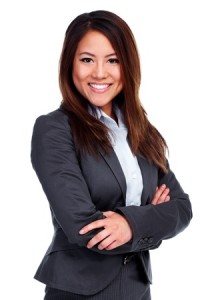 right: the article raises the very important issue of a double standard that women face. When succession planning is discussed, the article said, typically more questions are raised regarding a woman’s readiness than a man’s.  Women’s abilities, past performance, and achievements are scrutinized, and deficiencies are fatal. Although men are analyzed similarly, if they are found lacking in any of these areas, the evaluators commonly overlook deficiencies because they assume that the men have the potential to develop professionally and fill in the gaps.

This issue, born of unconscious bias, is one of the fundamental causes of women’s slow progress to the highest corporate levels. It demonstrates a key way in which women’s performance is often perceived, evaluated, and remembered differently from men’s performance. It gives rise to the common belief that women have to work twice as hard as men to get half as far. It also explains why women won’t apply for a position unless they meet all the criteria while men will apply if they meet 60% of the criteria – it isn’t that women are lacking in confidence, as the media have assumed, but rather that women understand at least on a gut level that they will be hired only if they can demonstrate their competence with past accomplishments and they won’t be given the benefit of the doubt that men get that they will grow into the position.

So, this is hugely important stuff that needs to be addressed in order to advance women and to ensure the future profitability of companies.

But here’s the wrong: the article proposes as a solution that women strengthen their personal brands to combat the mindset of those who require them to demonstrate established competency as a prerequisite to getting ahead. It advises women to raise their visibility, get feedback, share resources, and be relevant. That’s fine advice, as far as it goes, and all employees would do well to follow it. But why are we (once again) focusing on individual solutions to institutional problems, solutions that “fix the women” but do nothing to address the real problem of the mindset in the first place?

To be sure, both women and their employers bear responsibility for improving women’s advancement. But we are flush now with solutions that women are supposed to implement, and most are no more than stitches on a broken limb. Real progress will be made only when we start correcting the problems inside of companies that hold women back or that give men a leg up.

Here are three things that companies could do to combat the double standard often found in succession planning:

After a company puts those types of solutions in place, it would be a good time to talk about how the women can help themselves to further their progress, with brand management and other steps.

If your company would like training about unconscious bias or solutions tailored to its unique challenges, please contact us.

We use cookies on our website to give you the most relevant experience. We do not collect information for advertising purposes. By clicking “Accept”, you consent to the use of cookies.
Cookie settingsACCEPT
Manage consent

This website uses cookies to improve your experience while you navigate through the website. Out of these, the cookies that are categorized as necessary are stored on your browser as they are essential for the working of basic functionalities of the website. We also use third-party cookies that help us analyze and understand how you use this website. These cookies will be stored in your browser only with your consent. You also have the option to opt-out of these cookies. But opting out of some of these cookies may affect your browsing experience.
Necessary Always Enabled

Performance cookies are used to understand and analyze the key performance indexes of the website which helps in delivering a better user experience for the visitors.

Analytical cookies are used to understand how visitors interact with the website. These cookies help provide information on metrics the number of visitors, bounce rate, traffic source, etc.

Advertisement cookies are used to provide visitors with relevant ads and marketing campaigns. These cookies track visitors across websites and collect information to provide customized ads.

Other uncategorized cookies are those that are being analyzed and have not been classified into a category as yet.