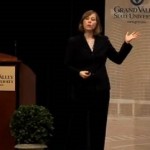 “How to Keep a Job and Care for Elderly Parents While Avoiding Workplace Caregiver Discrimination,” The Caring Generation (internet radio, February 2020)

“The Working Caregiver,” District of Columbia Office on Aging (September 2016) 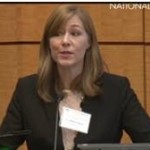 “FRD and the EEOC’s Strategic Enforcement Plan: What Employers Must Do to Avoid this New Legal Minefield,” C4CM (webinar, April 2013) 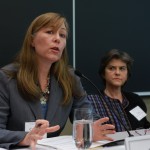 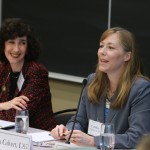 “The Pudding: Proof that Balanced Hours Pay Off for All,” Project for Attorney Retention Member Series (teleconference, November 2010)

“Flexible Work: Where We Are and Where We’re Going,” keynote, Wal-Mart Flex-Time Summit (Bentonville, Arkansas, June 2010)

“Keeping the Best and the Brightest,” Leadership for the Next Decade: Conference on Women and the Practice of Law for DuPont (Wilmington, DE, May 2010) 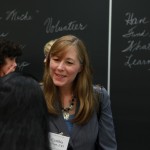 “Finding the Gash in the Pipeline: An Initial Look at the Results of the Utah Women Lawyers’ Survey” (Salt Lake City, UT, May 2009)

“Positioning Law Firms for the Future:  Retaining and Advancing Women Lawyers in the Down Economy” (University of Maryland School of Law, May 2009)

“The Landscape of Women in the Law: Gender Bias in Evaluation Systems” (Women’s Power Summit on Law and Leadership, University of Texas School of Law, Austin, April 2009)

“Why Women Lawyers Leave, What Firms Can Do to Make Them Stay” (Yale Women Law Students Opt-Out or Pushed Out Conference, New Haven, March 2009)

“The Role of Men in Advancing the Work/Life Agenda” (Yale Law School, March 2008)

“Discovering the Hidden Forces that Prevent Your Women’s Initiatives from Succeeding” and “Ensuring Your Firm’s Compensation System is Equitable for Women” (Retaining Women in the Legal Profession, Hildebrandt Institute, New York City, March 2008)

“How to Keep a Job and Care for Elderly Parents While Avoiding Workplace Caregiver Discrimination,” The Caring Generation (internet radio, February 2020)

We use cookies on our website to give you the most relevant experience. We do not collect information for advertising purposes. By clicking “Accept”, you consent to the use of cookies.
Cookie settingsACCEPT
Manage consent

This website uses cookies to improve your experience while you navigate through the website. Out of these, the cookies that are categorized as necessary are stored on your browser as they are essential for the working of basic functionalities of the website. We also use third-party cookies that help us analyze and understand how you use this website. These cookies will be stored in your browser only with your consent. You also have the option to opt-out of these cookies. But opting out of some of these cookies may affect your browsing experience.
Necessary Always Enabled

Performance cookies are used to understand and analyze the key performance indexes of the website which helps in delivering a better user experience for the visitors.

Analytical cookies are used to understand how visitors interact with the website. These cookies help provide information on metrics the number of visitors, bounce rate, traffic source, etc.

Advertisement cookies are used to provide visitors with relevant ads and marketing campaigns. These cookies track visitors across websites and collect information to provide customized ads.

Other uncategorized cookies are those that are being analyzed and have not been classified into a category as yet.