Accenture has recently announced a new travel policy: for a year after return from parental leave, the primary caregiver of a new child will be assigned automatically to work on local client matters that will not require frequent travel. 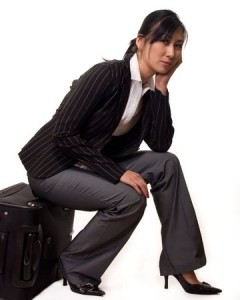 right? After all, addressing employees’ work/life needs is a proven way to have a more talented, productive, diverse, and dedicated workforce. And, as Accenture CHRO Ellyn Shook has said, it reflects what the people at Accenture want.

But here’s the rub: policies that give special treatment to new mothers often lead to the unintended consequences of reinforcing traditional gender roles and creating mommy tracks. And given that a “primary caregiver” is more often than not going to be a woman until workplace cultures change sufficiently to allow men to be fully involved parents without sacrificing their careers, employers might want to think twice before adopting a similar policy.

How can a policy that allows an infant’s primary caregiver to forgo travel be a recipe for dead-end careers for women? First, assignments that require travel are often necessary to career advancement. As any workplace expert will tell you, assignments are the lifeblood of an employee’s career. They give employees experience and allow them to grow their skills and networks, and frequently serve as a signal to others of the employees’ value – which in turn influences the types of assignments the employees get in the future. Career-advancing assignments that involve interesting issues, important clients, and big dollars often also involve travel.

Second, the “primary caregiver” designation reinforces traditional sex roles because it is based on the notion that a child should have one primary parent and one helper parent – which can undermine the efforts of an increasing number of couples to be equal parents. Moreover, studies show that men who are involved in caring for their infants will remain more active in their children’s care as they grow, suggesting that if men are not considered primary caregivers or not given accommodations to make it easier for them to bond with their infants early in life, it may limit their caregiving role in the future. To make matters worse, some definitions of “primary caregiver,” such as the one used by Duke University, are more likely to reinforce traditional sex roles because they provide that the primary caregiver is the parent who has primary responsibility for the care of a child immediately after birth or adoption. This not only is more likely to be the mother, particularly if she is breastfeeding, but it ignores the reality that many couples “tag team” and take turns being the primary caregiver over time.

So, what is the answer? How can employers be more sensitive to the needs of their workers and avoid what Joan Williams calls “benevolent sexism”? In many workplaces, I tell employers the solution is not to make an assumption about what new mothers want, but rather to ask them. It is their career, after all, and we should honor their choices. I am not sure that is good advice for companies like Accenture, however. In a culture of overachievement, if the program required opting in, women either would not take advantage of it for fear of missing out, or would take advantage of it and be concerned about whether they were demonstrating a career-damaging lack of commitment.

The ideal answer is culture change and restructuring how work is done. That is unlikely, so the more practical answer is for employers to implement a no-travel policy along with a series of action steps aimed at preventing unintended consequences, and then monitoring the policy’s effects and correcting problems as needed. While these action steps will necessarily differ from company to company, here are some basic ideas:

Accenture’s policy is a good step in the right direction, and these safeguards can help employers who adopt a similar policy to get the results they intend.